Get fresh music recommendations delivered to your inbox every Friday.
We've updated our Terms of Use. You can review the changes here.

We've Come For Your Flesh 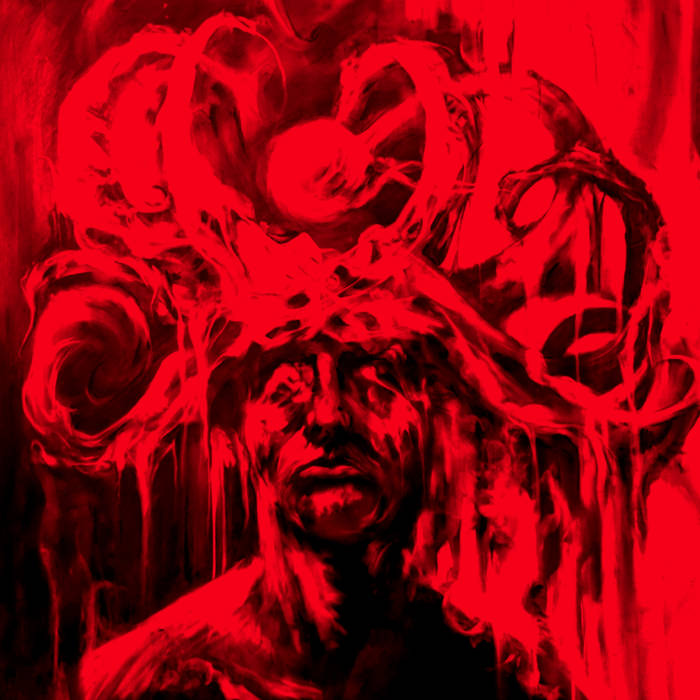 ourobonic plague this is really cool, creepy but somehow warm. Favorite track: Sunset Over an Ocean of Marrow.

Iker Garmendia A blend of darkwave and doom, this LP conjures near-death hallucinations and anxiety, alongside images of bodies and minds collapsing by disease and the pass of time.
An excellent album with top-notch production that it's been in my rotation since summer, when I purchased it.

Mr Conner If you like to zone out and travel to new places with your music, this is for you. Incredible work! Favorite track: Nothing in the Dark.

We've Come for Your Flesh: The meta, spiritual, temporal, and physical disassembly of Richard Walter Kozak in 10 chapters.

Burial Grid was always rooted in fear. Fear of bodily degradation. Fear of death itself. Fear of loss of control. Western MA-based producer Adam Michael Kozak has explored these themes from a somewhat comfortable, though often precariously-so, distance, potentiating the relative ease at re-contextualizing fear into something possible to triumphantly purge. That purging is often as transcendent and epic as its subjects are malformed and hideous upon reveal.

But the amplitude of fear that 2020 brought with it was a blinding, teeth-cracking din. In addition to the noise floor of socio-political upheaval and an amok pandemic, Kozak watched helplessly as his father succumbed to prostate cancer. The last several weeks of his life, Kozak's father's cognition warped like a carcass blackening on asphalt. He was visited by ghosts. Some of whom he recognized. Others that he did not. Some were soothing and were described as being much-needed connections with loved ones long lost. Others not so much. Some didn't appear to be of a human nature at all.

Disturbed by his father's visions, Kozak pored over historical texts about demonic entities across cultures, learning of their individual roles that each one played in burning off guilt, shame, fear of the future, regret, and loss of self, in preparation for dying; each one consuming a different part of its prey's physical shell.

We've Come for Your Flesh finds its inspiration from the horrors experienced secondhand by Kozak, and by the process of grieving a dying parent, panoramically. Sonic cues materialize from Kraftwerk and Roger Troutman in the form of heavily vocoded vocals, rendered as demonic and soulless as its antagonists; the collapsing percussive crush of early 90s AmRep doom-laced noise acts such as Today is the Day; the drifting, modular-synth-math of Laurie Spiegel; digital soundscapes of late 80s straight-to-video horror; the pop circulatory system of Nothing Records quasi-industrial-goth acts corroded and clogged beyond intervention.

The album's title twists its referential roots into the sordid soil of drive-in schlockmeisters such as Herschel Gordon Lewis and the recurring symbolism within demonology throughout the ages, spanning dozens of cultures' mythos. The fun adrenaline rush of splatter cinema, granted gravitas through its collision with the real-life emotional complexity of dying that is largely relegated to the writing room recycling bin.